See the vXchnge Difference at Our National Colocation Data Centers

How to Manage Legacy Systems in a Data Center Migration

The decision to migrate from an on-premises data solution to a data center can be a major event for an organization. In some cases, especially if the company is only a few years old, the transition is relatively simple. But if the move involves relocating significant amounts of existing legacy infrastructure into a modern computing environment, the migration team may encounter numerous challenges and problems.

Here are a few recommendations for an organization migrating legacy systems and its corporate networks to a third party data center:

Too often, organizations fail to make a realistic assessment of how complex the project of migrating legacy systems will be. Shifting an application from one environment to another is rarely a simple task, and there are plenty of potential issues that could compromise functionality. Even the legacy hardware containing those applications is being migrated, expecting the older system to integrate perfectly into a modern data center environment is a recipe for disaster.

Migrating data from legacy systems is even trickier, requiring a great deal of research and planning to understand every aspect of the old data set and how it can be moved into a new system without being damaged or lost. In both cases, preparation is critical. When an organization makes the decision to migrate existing infrastructure, it needs to implement a realistic plan to account for every aspect of that migration, not just how it will move the physical equipment. This plan should account for the time needed to plan every aspect of the migration to avoid the problem of a last minute scramble to figure out how to move legacy data sets a week before the move.

Before touching a single server, any organization undertaking a migration needs to thoroughly audit its existing IT assets. This process will not only identify important elements of an existing infrastructure, but also map out the network connections and dependencies that exist between them. Even knowledgeable IT personnel may learn a few things about their systems during the audit. Gaining this view of network connections is especially critical for older, well-established systems that have been slowly customized over the years to suit a corporate network’s particular needs.

These systems tend to rely on inventive networking workarounds put in place by people who have long since left the company. Some programs may depend upon outdated drivers or patches that could be lost during migration, rendering critical applications useless or resulting in vendor lock-in. Documentation for legacy systems tends to be nonexistent, so mapping out the existing infrastructure as it exists now is vital to understanding how to carry out a migration and get everything up and running again afterward.

Once a legacy system is mapped out, a migration team can analyze the results and determine how to best transport key applications, data, and hardware. In some cases, a lift and shift strategy will allow them to move programs relatively cleanly. Oftentimes, some amount of rearchitecting will be necessary. Whatever the solution, the migration team needs to be experts in the system being migrated and the destination environment.

Will legacy hardware be moved to become part of a hybrid cloud? If so, how will the legacy data interact with the new cloud environment? Is data going to be virtualized? In that case, how will it be sorted and managed in a private cloud? Data center remote hands personnel can be incredibly valuable here. They understand the ins and outs of a data center environment, allowing them to work with the migration team to figure out the best strategy for migrating legacy systems.

When migrating legacy systems and applications, it’s best to expect the unexpected. Even if the migration seems to go well initially, there’s a good chance that a critical application or two isn’t working properly in the new environment. Perhaps it isn’t compatible with a cloud ecosystem, fails to meet existing compliance standards, or no longer has a piece of legacy infrastructure.

There could be a variety of potential solutions to these problems, although it may require some trial and error to find the best one. Rearchitecting the application can sometimes rebuild much of the key functionality in a new environment. In some cases, legacy programs can be virtualized and then installed or streamed onto a virtual machine. If the application was thoroughly mapped prior to migrating legacy systems, it will be easier to understand how its dependencies can be worked around or managed to get the program up and running again.

The legacy infrastructure of corporate networks represents a substantial capital investment for most organizations. Unfortunately, many of these systems were designed prior to the widespread adoption of cloud computing, big data analytics, and “always on” functionality. Migrating them to a different, more versatile environment may not necessarily provide them with the same flexibility as newer systems. At some point, companies need to be realistic about why they’re bothering with migrating legacy systems. Are they really mission critical or is the decision being driven by an aversion to change?

When determining whether to migrate or upgrade, the decision must take into account the long term goals of an organization. Today’s migration might solve an immediate need, but does it put the company in a position to capitalize on future opportunities? Putting off the decision to update legacy systems may only be putting off the inevitable. Even worse, it could put the company in a situation where it has to upgrade its infrastructure under immediate pressure rather than being able to take the time to do it right.

Migrating legacy systems and applications is a challenging process that every company needs to plan and execute very carefully. If an organization decides it simply can’t live without its legacy infrastructure, there are still steps it can take to capitalize on current data center trends to remain competitive and position itself for growth in the future.

As the Marketing Manager for vXchnge, Kaylie handles the coordination and logistics of tradeshows and events. She is responsible for social media marketing and brand promotion through various outlets. She enjoys developing new ways and events to capture the attention of the vXchnge audience. 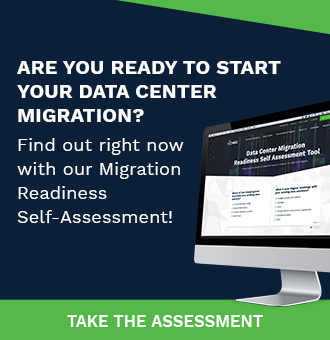 Hi there! Speak to an Expert About Your Company's Specific Data Center Needs

Transparency is a foundational element of many business practices. While the term can be applied in a number of contexts, it generally refers to the amount of visibility organizations provide into ...

The Benefits, Potential, and Future of Edge Computing

For organizations looking to break beyond the limitations that traditional cloud-based networks impose, edge computing can make all the difference. Although cloud computing continues to play an ...

Austin. It might be the state capital, but that’s not what draws the crowds. The vibrant music scene, beautiful parks, and bustling nightlife draw a hip, young, diverse population to the heart of ...

Pittsburgh. The Steel City. The heart of Western Pennsylvania. At one point, Pittsburgh was expected to go the way of most rust belt cities, among the American towns that built our manufacturing ...

Before you leave, get your free copy of ourData Center Migration Checklist

Use this checklist to help protect your investment, mitigate potential risk and minimize downtime during your data center migration.